It has been a very wet few days here in Yorkshire so it has been very difficult to do any work in the allotment.

The parsnips from last year have been uprooted and composted as the space is now needed for broccoli, not that much of it has germinated this year. Germination in general has been a bit of a problem, with various brassicas and peas and lettuce not coming up. /rant What is wrong with them, you give them heat, light, loving care, water and they ignore you! /endrant

(I am getting into HTML at the moment, so apologies for the computer syntax creeping in there....!)

I have clipped off a number of mildew laden shoots and leaves from the Chivers Delight minarette apple tree, this will need moving come the winter as it is getting crowded out by the much stronger Gala one. I will have to go over with Diphane again (see http://cashandcarrots.blogspot.co.uk/2014/05/mildew-and-blackspot.html

The grass is getting much too long so strimming may be coming soon. I might try just clipping it and laying it out to dry (ha!) to turn into hay for the guinea pigs (they are the main reason we do let it grow a bit on the side paths)

The potatoes will need earthing up, I have already put straw under the strawberries after doing what seems like a never ending task of removing couch grass from the bed. There are plenty of blackcurrants coming and the bees were busy this morning on the raspberry flowers.

Beans will also be going out underneath the swing frame http://cashandcarrots.blogspot.co.uk/2013/07/recycling-in-allotment.html

Posted by Cashandcarrots at 17:22 No comments: 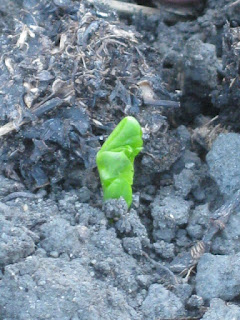 I was getting a bit worried that they hadn't germinated, but they are coming up!
Posted by Cashandcarrots at 21:50 No comments:

I am not sure when it is going to stop raining! Seems like every day has some rain, and so I haven't been up to do much meaningful work in the allotment recently.

One job I have done though is to space the fruit bushes out a bit. The two minarette apple trees and the damson tree have been getting rather crowded by blackcurrants and raspberries and I think last year this, combined with the poor cold start to the year, caused them to have problems. We had blackspot fungus on one of the apples and the damson crop was much reduced, with quite a few of the fruits getting mould. There also seems to be some kind of insect that is laying clear sticky egg sacs on the damsons which is really annoying as left unchecked these seem to burrow into the fruit, damaging the skin and the whole thing goes mouldy.

So, last weekend my youngest daughter and I set to and cleared a bit of ground to extend the fruit patch and then we dug some holes, filled them with some lovely compost from the bottom of the compost bin, and then carefully transplanted two blackcurrant bushes, and several raspberry canes into their new homes, making sure we kept as much of the rootball and associated earth as possible, and made very sure not to damage them.

A week later, and they seem to have taken hold, and the rhubarb that we also split down is and replanted a chunk is sprouting already.

Thus, the two apples and the damson have a lot more growing space, and it is currently clear of weeds etc. So we'll see how they get on.

Current crops are parsnips, a bit of green sprouting broccoli, some sprouts, as well as the occasional tomato and pepper from the plants in the house. Yesterday I had to buy an onion for the first time in 18 months! There's still some green beans in the freezer, and dried kidney beans in a tub, as well as 4 bottles of the parsnip wine I made last year.

Posted by Cashandcarrots at 21:09 No comments:

A couple of problems have occurred with one of the apple trees and one of the pear trees, the Conference one, the Comice appears to be ok.

The apple appears to have a form of mildew 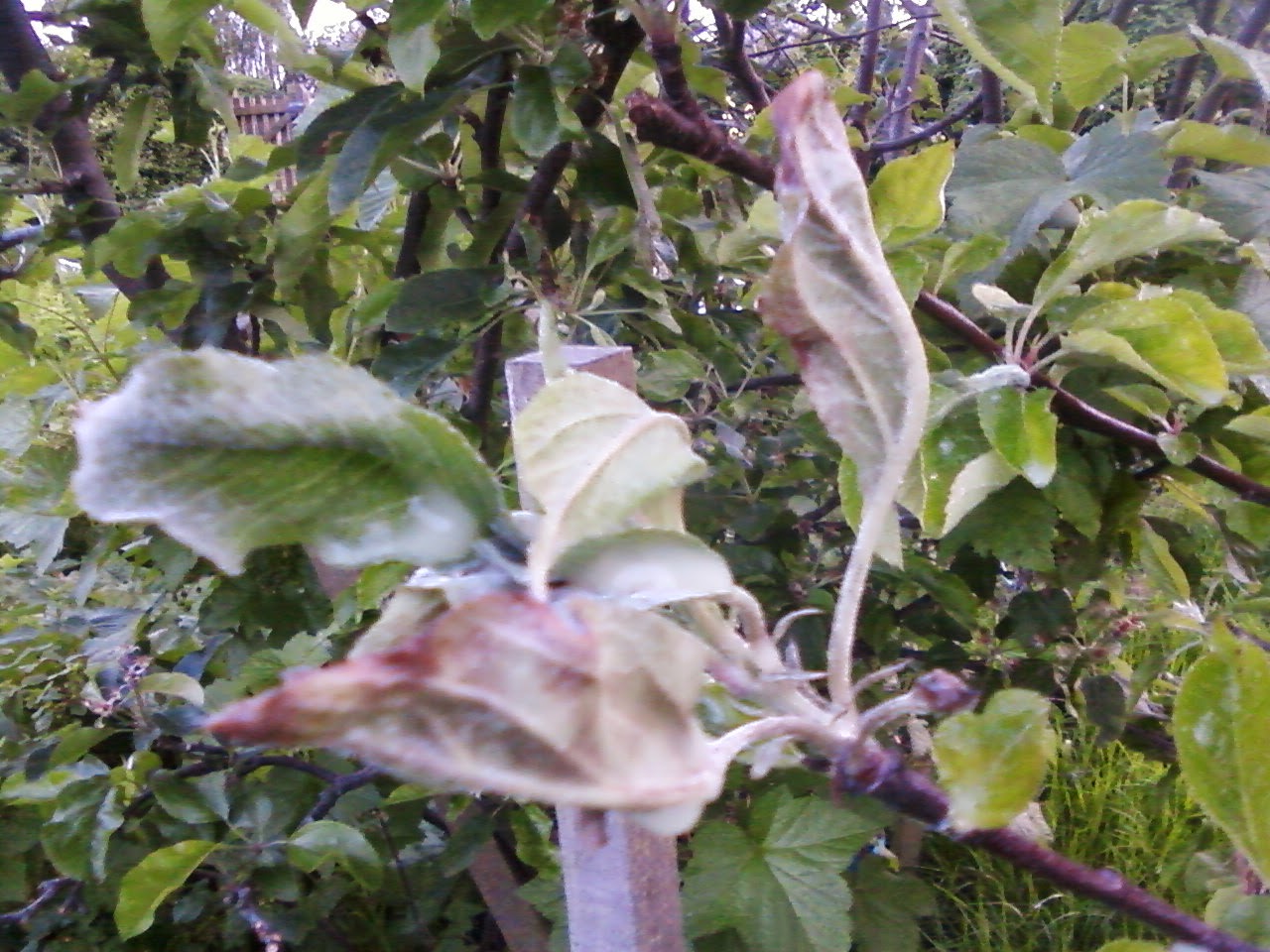 The pear has blackspot fungus, which it had last year and I thought that I had cured it. 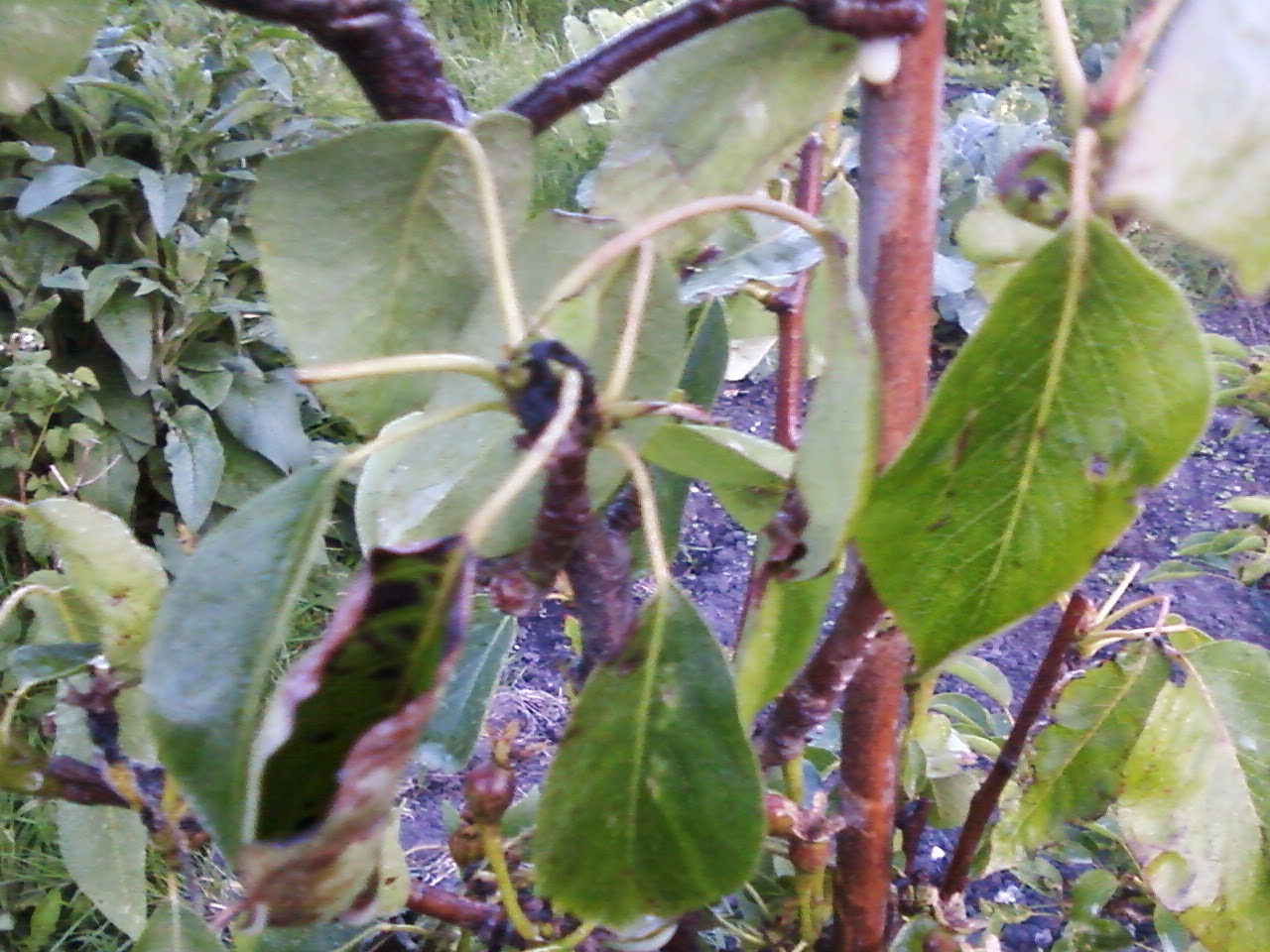 Unfortunately for the organic side of things, the only thing that is available for dealing with it is Diphane-945, but needs must. Pears always seem to look a bit droopy and unhappy even when there is nothing wrong so I want to deal with this again this year. Although I want to do everything I can organically, I am not so strict as to not use something when really needed.

Anyway, both the apple and the pear got a dose of Diphane-945 the other evening - suitably late on so that there were no bees or other beneficial insects around. Another dose in a couple of weeks or so.

Posted by Cashandcarrots at 21:47 No comments:


Working in IT, you are conscious of the amount of energy your computers, especially your servers use. The trend over the past few years has been in virtualisation, where multiple virtual servers sit on one physical server and by extension cloud services, where racks of such servers are hired out to multiple companies on an upon-demand basis.

Lots of things to do in the allotment and back at the house. All the potatoes are planted, most of the onions, parsnips, carrots in our tyre stack, hopefully out of reach of carrot flies. Mice may have eaten the first row of peas but we have more growing in the greenhouse.

Early potatoes growing well, but had to be protected from the frost at the end of last week. 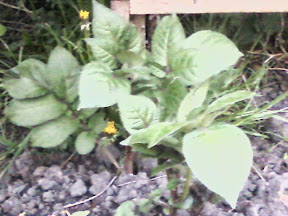 Back at the house, we have had a tomatoes or two from our now 4 year old tomato plant. Lots of things are in pots but not much has come up yet, not sure why the broccoli isn't showing yet.

Peppers in the house 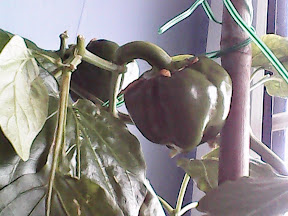 posted from Bloggeroid
Posted by Cashandcarrots at 20:56 No comments: