At this time of year the freezer is creaking with the strain of having to contain all the soft fruit from the allotment!
Now, I personally don't play any part in the jamming process, picking yes but after that it's all my wife's doing. (see  http://cashandcarrots.blogspot.co.uk/2013/08/blackberries.html for more about this) 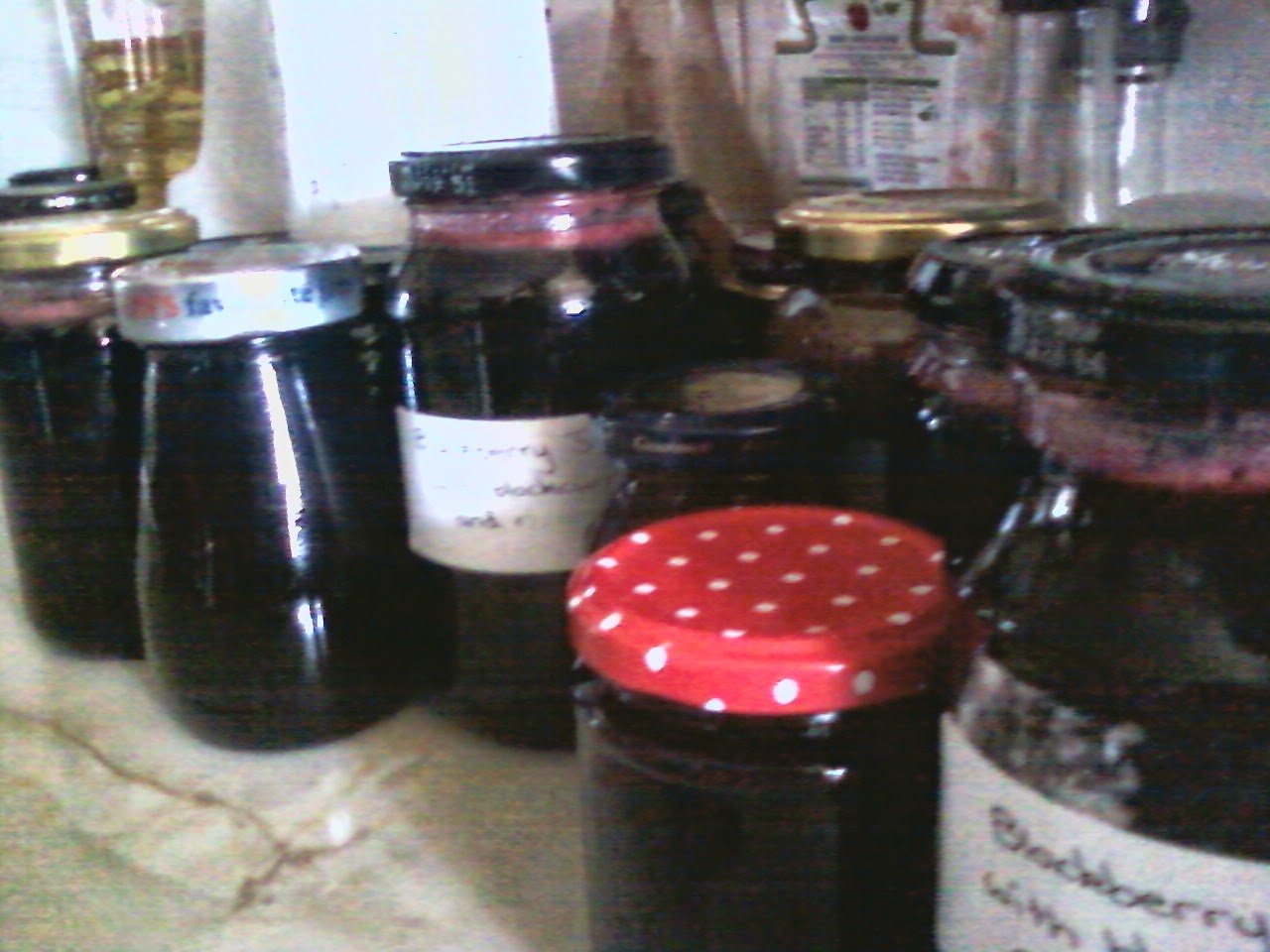 There's plenty of books (see http://cashandcarrots.blogspot.co.uk/2011/06/our-allotment-bible.html for one of our favourites) on the subject of making jam and I also don't want to give away any trade secrets, so I won't go through the process here, but suffice to say it is delicious, and varying quantities of strawberries, blackberries, raspberries, blackcurrants, rhubarb and damsons are used to make what ends up being sufficient jam for all year round use and a few for presents for others.
Posted by Cashandcarrots at 16:30 No comments:

Email ThisBlogThis!Share to TwitterShare to FacebookShare to Pinterest
Labels: fruit, Recipes and Homebrew

In the allotment we grow both the full size sweetcorn and the mini ones, the latter are really quite useful for putting in stir fries - and cost effective as well! They freeze no problem, no preparation required, just bag them up. 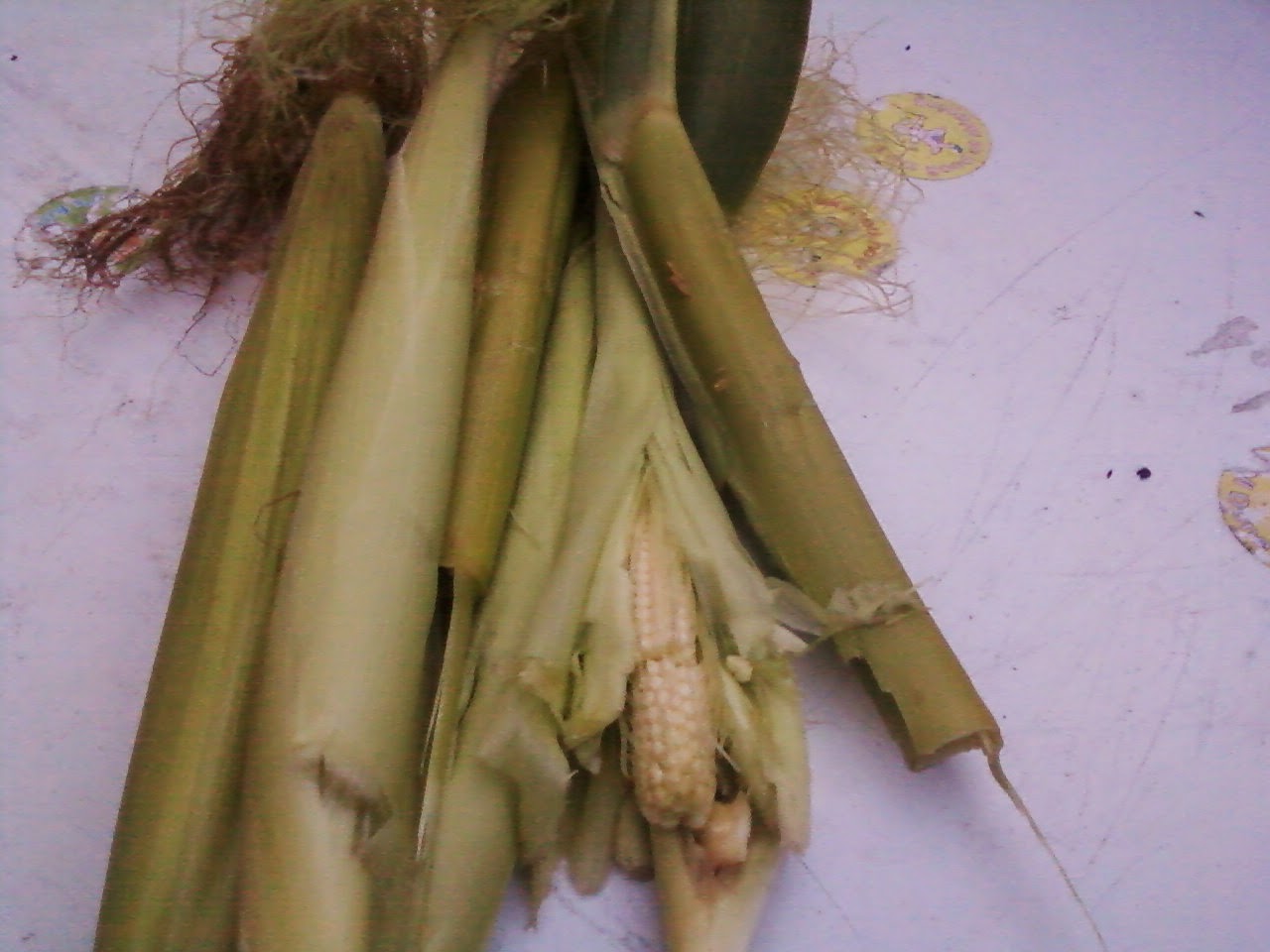 It is really important not to let them grow too big. in fact, they are ready to pick only a day or two after the little yellow tassles appear. Letting them grow on only gives them an impossible hard centre and they don't taste great either if too big!

They are alway sown into peat, degradable, pots and then they are planted, pot and all into the our brassicas section of the allotment. A bit of manure and/or compost around them doesn't hurt, although you don't manure straying over to the rest of the brassica plot.

A strong wind can knock them sideways, so we plant them in blocks rather than rows to help protect them.

We don't put them near the big sweetcorn though, these were planted this year near the runner and french beans.

For stir frying, you can throw them in whole or cut lengthways down the middle, either which way about 10 15 mins in the wok with other vegetables should ensure that they are cooked. 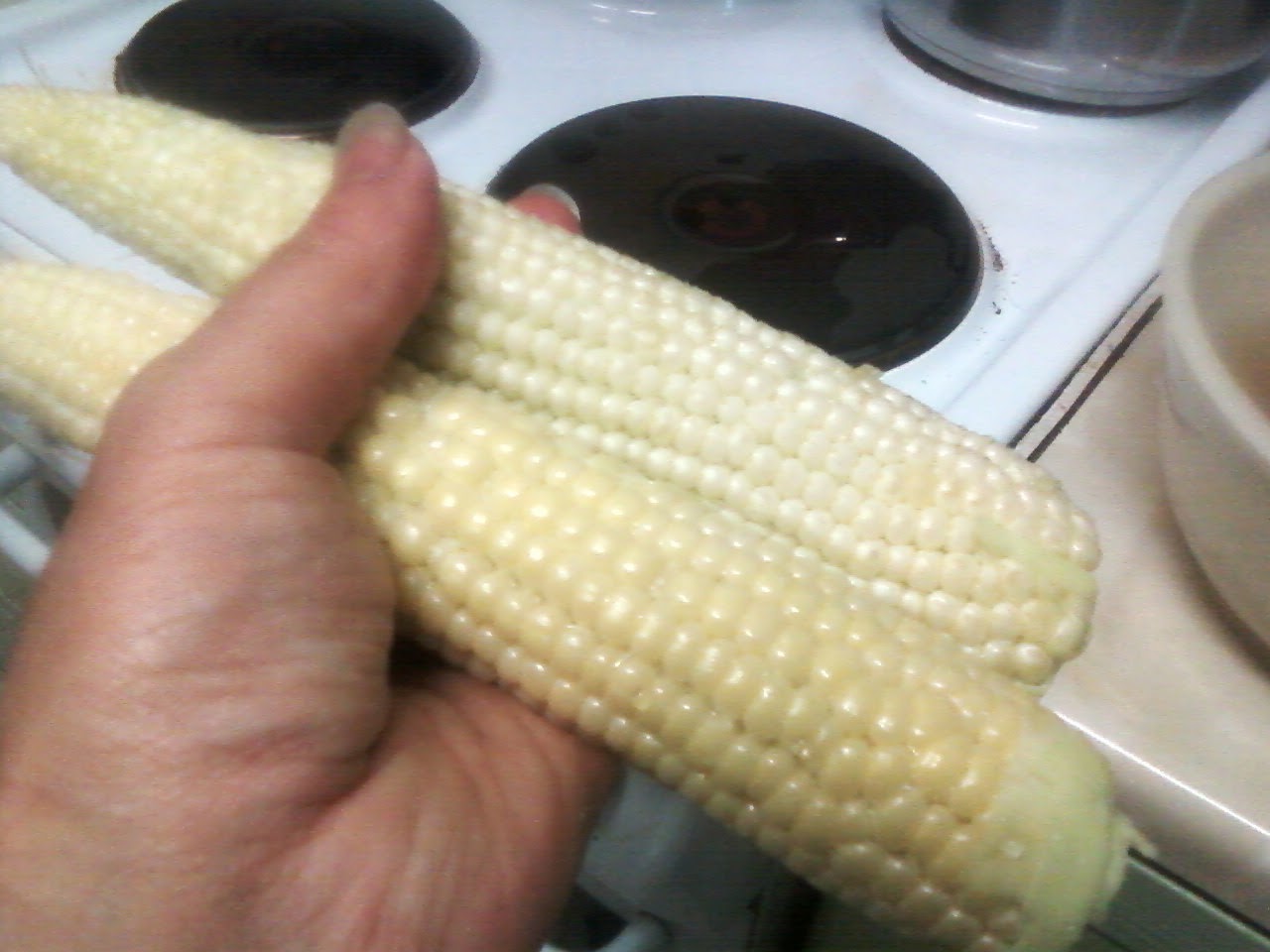 Again, these were planted in peat pots and with plenty of compost. It is often preferable to give these a head start in the greenhouse or under cover.

I pick them when the tassles are brown and shrivelled, the problem is that you are never sure when they are ready unless you open them, a sort of Schrodinger's Sweetcorn! (in any case cats, Schrodinger's or otherwise aren't welcome in the allotment!)
You are supposed to open one, pinch one of the kernals with your finger and if it is milky white it is ok, but in general most people know what a ready to eat sweetcorn should look like. Don't open the leaves on one and leave it on the plant, woodlice and other bugs will get in and make their home inside.

To cook, boil for about 10 minutes or so, it's easier if you are doing portions to chop them into pieces before cooking as to try and chop up boiling hot sweetcorn is not the bext of ideas!
Posted by Cashandcarrots at 16:19 No comments: 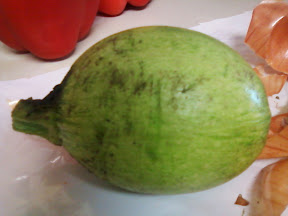 Not sure whether to cook or throw this!

Posted by Cashandcarrots at 13:27 No comments: