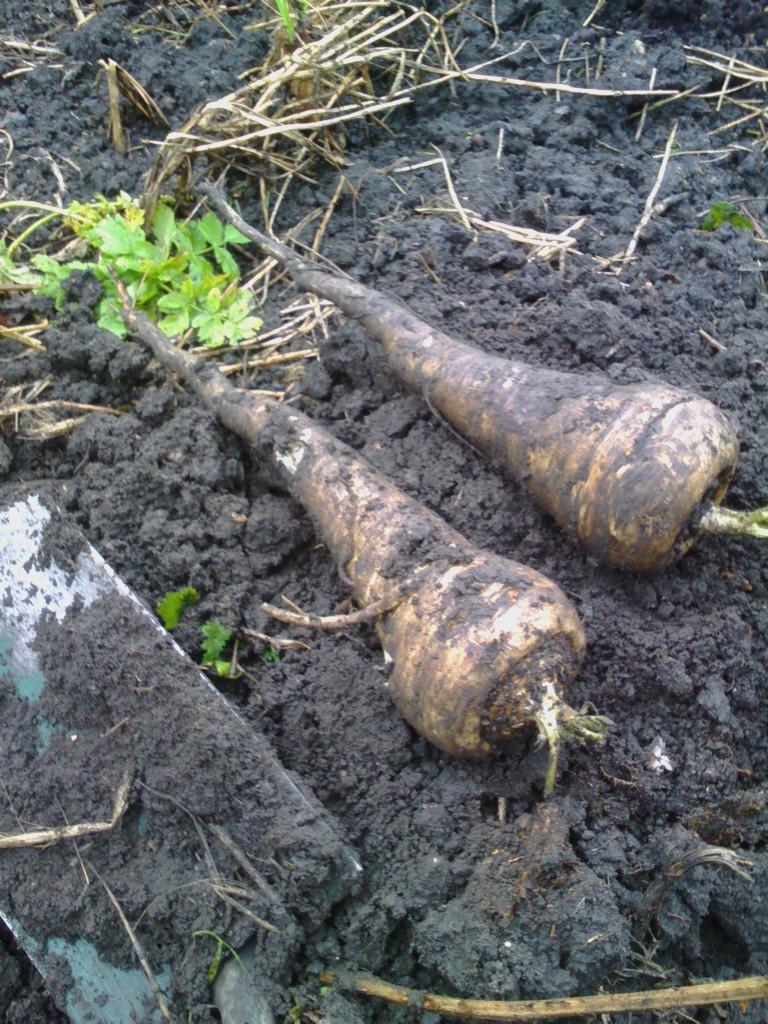 The more observant among you may have noticed that there hasn't been a blog update for some considerable time! I have though been keeping up to my Twitter account @cashandcarrots

Main crop at the moment is parsnips, which are now starting to go a little woody inside but the outside of them is fine still for eating - parsnip chips done in a chip pan (observing all usual precautions for deep frying of course!) are delicious! They also roast very well.

There's some sprouting broccoli, and a few leeks, and a few remaining onions in store with the odd garlic left and a few potatoes keeps turning up as the ground is being dug over for this growing season.


Thoughts turn to Spring now, and what to plant where and what to sow. Due to increased work commitments, this year we're going to have to concentrate on what can be done on a mostly fire and forget basis.

I will assume you will wish to regularly weed and water your crops!

Onion sets - weed, dig over and prepare ground with some compost, and plant onion sets in rows or blocks. Weed occasionally - this has to be done by hand to avoid damaging the bulbs, but other than that just harvert come July-August. Or earlier if you overwinter some Japanese ones - this works at 54 north here in the UK, they can survive harsh winter weather.

Potatoes - weed and dig over ground, and put in plenty of organic matter - compost, manure etc into long trenches running north-south if possible. Plant potato sets over several weeks. Earth up the rows once planted and then again when there's plenty of foliage or when a late frost is forecast. Spray the main crop with Bordeaux Mixture (or for the less organically inclined Dithane) fortnightly from mid June - earlies are usually harvested well before blight comes. Blight can be a problem anywhere in the country. Dig up as necessary and eat or store. Don't dig up and eat for at least a week after spraying - I usually work out what I am going to eat for the next fortnight - dig those up and spray the rest.

Fruit bushes - dig a big hole twice as deep as you think you need in late autumn or winter (up to late Feb). Put plenty of manure and compost into the hole and then plant a minarette apply/damson/plum/pear tree or blackcurrant or raspberry (or other berry) bush. All fruit bushes can be ordered in a dormant state over the cold season. Water in. Follow pruning instructions and mulch with well rotted manure or compost a couple fo times a year. May need to use Diphane for such as black spot fungus - hate having to use it but it is the only thing that deals with it as far as I know.

Broccoli - either calebrese or shooting broccoli is pretty much plant into big plug pots, wait until large enouhg to withstand slugs (6-8 inches) and plant out into a dug over and composted bed about 18-24 inches apart. Use a non-harmful slug deterrent as necessary. Harvest!

Beans also are pretty much plant in pots, pot out when large enough to survive slugs - plant into manured bed around a cane or metal wigwam or other frame. Tie them in if necessary and then wait to harvest the beans!

Posted by Cashandcarrots at 18:55 No comments: