It does seem strange that even though the harvest of this year's crops is nowhere near finished, we are sowing a crop for next year already!

We have had good success for many years with "Japanese" onion sets, which give home grown onions from late June onwards! And although they don't store for quite as long as main crop onions, it is worth it to get them so early!

Anyway, as with any onion sets, they do tend to get pulled up again by blackbirds that do not seem to know the difference between the "tail" of an onion and a worm!

So, for all blackbirds reading this, here is a handy guide! 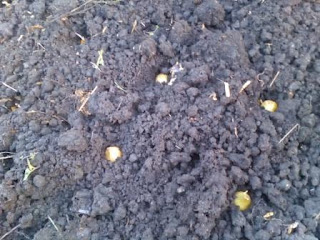 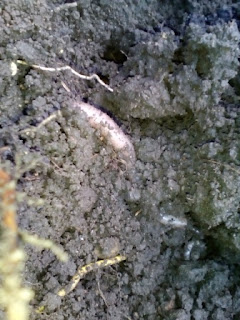 Talking of worms, we started digging over vacant patches this week and each spade put in brought up worms, which of course is a very good sign! Some people advocate a no-dig system, putting a large layer of mulch over the earth which worms and other creatures take down into the earth. We dig over the soil to help remove weeds such as couch grass (a real problem in the allotment), docks, dandelions and so on. Also, the local blackbirds, robin, song and mistle thrush love having a root round where we have been digging, getting quite tame sometimes. But then, rather than digging in the compost and manure, we just spread it over the grown and then let the worms do their work!

Posted by Cashandcarrots at 20:26